Canadians are famously positive about their police. What other country has a police officer as its symbol? The Mountie is on everything from T-shirts to the cover of restaurant guides. We tend to respond to revelations of corruption by denying that theres a systemic problem  its just a few 'rotten apples'  and we punish scapegoats rather than examine the deeper issues.

Jean-Paul Brodeur [Ref], internationally recognized Canadian Police Criminologist, If you cant trust the cops ... The Globe and Mail (9 January 2004) at A13.

The discovery that Scott Loper had evidence exposing police corruption set off a series of events culminating in governmental coverup and the disappearance of Eddy ... all to protect the Canadian symbol of law enforcement.

The friendly, do-no-wrong "Mountie" of the Royal Canadian Mounted Police Force is as much a national Canadian symbol as the flag of Canada and the maple leaf.

Most Canadians, although fond of the symbol, have no problem separating myth from reality. Law enforcement and government, on the other hand, see the myth as an important representation of law enforcement throughout the country.

Isolated from reality through an astonishingly ignorant and imperceptive fear that evidence of corruption would tarnish this great symbol and thus cause the Canadian public to lose faith in law enforcement, officials have proven their ability to go to any lengths to sweep police corruption under the carpet. This has been proven in court case after court case and is a very well known fact among public defense attorneys who deal with this problem on a regular basis. The process, designed to keep corruption from the public eye, even where civil complaint boards are in place, has been studied and laid out in a report by Crown prosecutors and other legal experts. [Ref]

Extortion, racketeering, theft of drugs, money and other valuables, resale of confiscated and unreported drugs, assault and torture, witness tampering, falsifying evidence, fabricating informants to obtain search warrants, money laundering, obstructing justice, perjury and other crimes have been leveled against police officers - particularly in the Toronto-Durham Region area, where the Lopers lived. Despite parades of witnesses, if these cases even make it to court [Ref], they are usually thrown out, discounted or fumbled away by either a complicit judiciary or fallacies in the system itself that are heavily taken advantage of by government and law enforcement. Very few police are ever indicted, let alone convicted of a crime. Even so, fearing an onslaught of cases of tainted or extorted "evidence", in 2001-2002, Ontario prosecutors dropped about 250 drug cases [Ref], freeing a number of known drug dealers. Several lawsuits against police were settled out of court to avoid public scrutiny.

This process of dealing with police corruption is not in the best interest of Canada or Canadian law enforcement. Violating officers, rather than being reprimanded, are often transferred to other jurisdictions, where they simply take up where they left off, thus spreading the problem to a wider area. Even worse, corruption is often simply ignored for fear that dealing with it may cause other problems.

Canadian or not, we enjoy the famous mountie myth. It is based on a solid foundation going back to 1873, and is a tribute to the many honest and dedicated law enforcement personnel across the nation of Canada. It cannot be tarnished so much by "bad cops" as by the officials who believe the best way to deal with police corruption is to pretend it does not exist or, worse yet, to go to extreme measures to cover up the fact that it does exist. 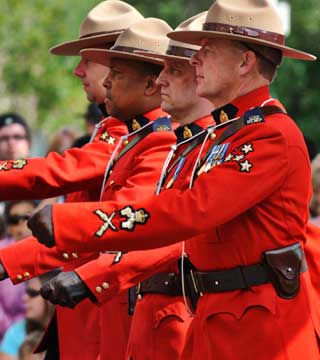 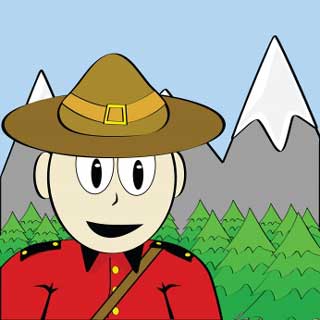 When [a law enforcement officer] engages in criminal activity, it strikes at the very fabric of this country.