Where is Eddy? (In a nut shell)

Eddy Loper was abducted by his mother with the aid of the Canadian Government. Essentially, what happened to Eddy can justly be described as a state abduction.

How this came to be is not a simple story. But the laws and international agreements involved are simple, straightforward and clear. This page makes note of those laws and agreements and their violations, as well as providing the reader with a quick synopsis of the facts involved, in chronological order.

It should be noted here that Scott Loper has never received ANY paperwork from the government of Canada, other then the unsigned and irrelevant document given to the U.S. State Department as a "waiver" of his Vienna Convention rights. Much of the information we have, and documentation we have received, was obtained through sympathetic sources in Canada.

What drives governmental officials to violate their own laws and ignore the importance of international treaties? Certainly not just to protect Carolyn Preyde-Loper or to demonize Scott Loper and, most certainly not in looking out for the best interests of Eddy Loper.

The reasons run deeper than concern or lack of concern for the Loper family. They are entrenched in the Canadian Government trying to keep their own corruption under cover and the U.S. Government lending them a hand in doing so - at the EXPENSE of Eddy and his father.

Article 36 of the Vienna Convention states that a national arrested in a foreign country has the right to contact their consulate or embassy "without delay". Scott Loper, arrested on trumped-up charges by criminal cops he was about to expose, was denied this access, which would have prevented any of the subsequent events from taking place including, most importantly, Eddy Loper's disappearance. The Canadians have no credible evidence whatsoever of the false charges against Scott Loper. They are well aware of this fact.

The Canadian Witness Protection Act of 1996 requires any parent to properly resolve any matters involving child custody before they may be eligible to apply for enrollment in such a program. The Canadian government apparently tried to resolve this issue by granting Carolyn full custody and terminating Scott's parental rights in a closed hearing, the records of which were sealed. Scott was not notified of the proceedings. This is a direct judicial violation of human rights and goes beyond what would be considered moral decency in any civilized society.

The Hague Convention, regarding parental responsibility and measures for the protection of children is an international agreement, signed by both Canada and the United States. In light of the above, it is highly unlikely that a world court would regard the custody ruling of Eddy Loper as anything other than a state child abduction.

Freedom of Information Act requests instigated by Scott Loper with the U.S. State Department, simply asking for any documents containing his name, have been denied. This is a violation, on the part of the State Department, of federal law.

The articles and information found on this Web site will not only explain what the Canadian government is trying to hide, but will also ask the more important question, "Why is the U.S. Government willing to go along with the ruse rather than fighting for the rights of its citizens?" 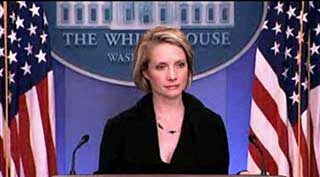 The question of the government's response was brought up at a White House press conference with Press Secretary Dana Perino.

Child murderer Jose Medellin never claimed he was a Mexican citizen until he received the death penalty - some 10 years after being arrested for the crime. President Bush went to bat to uphold the dubious rights of a confessed child murderer, yet Washington seems unwilling to hold the Canadian government to the same standards.