The State Department has said that the Canadian Government made claims that Carolyn Preyde-Loper is in a witness protection program, thus preventing anyone from contacting her.

If this is so, the Canadian government is not only in violation of its own laws, but they have also violated the Hague Convention regarding parental responsibility and measures for the protection of children.

One of the requirements of any witness protection program in Canada, other than short-term, temporary protection, is that custody and other obligations regarding any children involved must be properly settled in a court of law. Granting sole custody in a closed hearing where the father is not allowed to attend or be informed of the proceedings, much less provide a defense, is not exactly what could be termed a proper settlement. It is an appalling note in a country that claims to have a free and open society.

The term "Witness Protection" in Canada can fall under one of three categories.

There is no oversight, and very little information is divulged concerning these programs.

Enrollment in a witness protection program implies, by its very nature, that the individual is in danger or the threat of danger. Why, then, would a reasonable government place a child in that vulnerable situation when he could be safe with his father in another country?

If Scott's former wife Carolyn is, indeed, in some sort of witness protection program, where Eddy Loper is concerned, the Canadian government has violated its own laws, as well as international agreements concerning such programs where it involves parental rights as well as the rights of children.

Any parent who is a witness protection applicant must have custody rights and other legal agreements settled in a court of law before that parent, and particularly, any children, may be admitted into such a program. Carolyn Loper was granted a divorce without notification to Scott Loper until after the proceedings had taken place. She was then granted custody rights in a closed hearing by affidavit in which pages were deleted from the record and remaining records sealed. Scott was not informed of these proceedings. Indeed, documents we have obtained [available in Media Kit] reveal that lack of notification to Scott was mandated by court order.

Other information we have obtained [available in media kit] casts strong doubt that Carolyn is currently involved in any type of witness protection program at all. We contend that any witness protection program Carolyn would have been involved in was coerced on the local (Durham Region, Ontario) level, not to aid the Canadian government in an investigation, but to silence her - to keep her from being able to corroborate Scott's illegal arrest, conviction and torture perpetrated by a gang of cocaine-dealing police officers in Durham Region, whom he was about to expose to authorities. The incredible story centers around these cops and a policy of law enforcement and governmental cover-up that allows organized crime to fester unfettered within Canadian police forces. The fear within these agencies is that the public will lose faith in law enforcement should the vastness of the problem be exposed.

Eddy has a right to a relationship with his father. There are international laws and agreements pertaining to child abduction that have been violated by the government of Canada. Abduction is the same, whether perpetrated by a government or an individual.

"The witness protection program is probably one of the worst things you could do to an individual."
-- Geoff Frisby, former RCMP officer who helped run the Witness Protection Program (CBC News, Oct 31st, 2007)

"The RCMP has a long history of taking care of itself internally and being resistant to any external oversight."
-- David McAlister, criminologist, Simon Fraser University, British Columbia (CanWest News Service, March 24, 2007)

"According to the Department of State's April 2008 Report on Compliance with the Hague Convention on the Civil Aspects of International Child Abduction, `parental child abduction jeopardizes the child and has substantial long-term consequences for both the child and the left-behind parent. "Abducted children are at risk of serious emotional and psychological problems and have been found to experience anxiety, eating problems, nightmares, mood swings, sleep disturbances, aggressive behavior, resentment, guilt and fearfulness, and as adults may struggle with identity issues, their own personal relationships, and parenting."
-- Excerpts from U.S. HR 3240: International Child Abduction Prevention Act of 2009 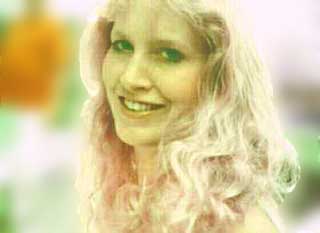 Carolyn Preyde-Loper
(Name may have been changed)